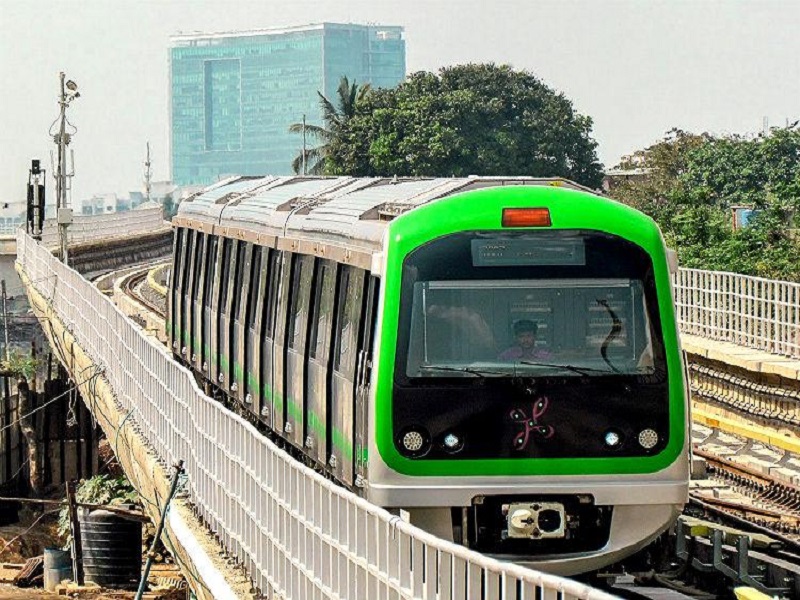 The Bangalore Metro commonly known as Namma Metro serves the city, the IT capital of India. Phase I of the Metro is operational and the Phase II of the Namma Metro is under construction and phase III is under deliberation. The network is spread across 42.3 km and has 40 stations and nearly 4,00,000 (4 Lakh) people use the metro on daily basis.

Electricity is supplied to the trains via the third rail which carries the direct current of 750 volts. The train runs at a frequency of 5 to 15 minutes at a speed under 80 km per hour. The train has 3 to 6 coaches travel on the ground, as well as under and above it. The Bangalore Metro Rail Corporation with the partnership of the Karnataka Government and the Government of India owns the Metro. It currently serves Bangalore city.

The Namma Metro is the first underground train in the southern part of India. The rainwater is harvested at several points and served as portable water. The clients with the smart card are given a 15% discount on the normal token fares. The system has used 1435 mm standard gauge tracks. Phase II is said to be completed by 2022 and provides connectivity to Electronic City. The Namma Metro is the rapid transport system in Bangalore and gaining, most popular among the professionals and the people.